Washington's Olympic Peninsula produces more 20-plus pound winter steelhead than any other destination in the world. If you want an honest chance to hook a sea run rainbow in the 15 to 25 pound class look no further than the Olympic Peninsula. 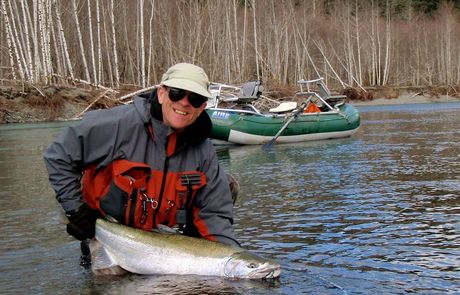 From my home in Forks, Washington we can travel to six of the best native steelhead runs in the country in less than 40 minutes. The Sol Duc, Bogachiel, Hoh, Callawa, Queets, and Clearwater rivers offer awesome opportunities to fly fish for winter steelhead.

These stunningly beautiful rivers all flow out of the heart of Olympic National Park and offer anglers a chance to drift some of the nations most scenic and exciting wild rivers.

From November until late January thousands of hatchery steelhead swim up Olympic Peninsula rivers. They offer fly fisherman and gear anglers alike an opportunity to hook multiple steelhead a day. A sneaky prime time is early January until early February when some of the biggest native steelhead of the year are passing by schools of hatchery fish, giving anglers shots at both numbers of smaller fish and some giant steelhead. 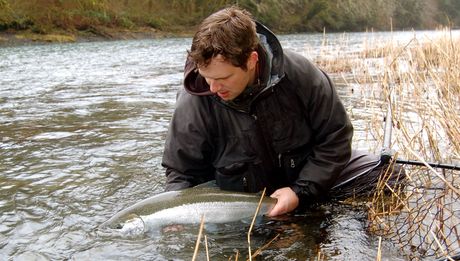